The College has named a new team of Student Ambassadors for the coming academic year, with 35 students receiving the coveted purple lanyards after a highly competitive selection process.

Between applying for a place themselves and recommendations from teachers and tutors, the final shortlist is made up of students from a wide spectrum of high schools from right across the region.

Student Ambassadorship at the College is a reflection of outgoing, chatty and friendly character, with Ambassadors often being the first introduction that our new students and parents have with the College. With the entire atmosphere and nature of the College and its environment created by mature and independent students, Ambassadors are the leaders and embodiment of this, showing first hand how different the College experience is than staying at high school.

The leadership roles of Head Student and Deputy Head Student / Students are yet to be announced, but the new Ambassadors will jump straight into their roles alongside their predecessors at upcoming events, with the Open House event for College applicants on 24th June acting as the ceremonial baton-passing from the 2020-21 team to the latest assembly to adorn the royal purple lanyards.

In the past academic year, along with her team of nearly 40 Ambassadors, Holly Brown as Head Student has led the student representation of the College with exceptional character, with no other year group of Ambassadors having to deal with the circumstances and difficulties that the COVID-19 pandemic has enforced. The role took on different demands to usual, with home video and virtual events taking the place of face-to-face opportunities to meet prospective students and parents, and all involved took to their new tasks with exemplary attitude and ability.

The onus now passes to the 2021-22 team to pick up where the previous Ambassadors left off, and help make this transition back to normality as smooth as possible, both for new students and those currently with us.

The full list of new Student Ambassadors for the College and the high schools that they attended is below: 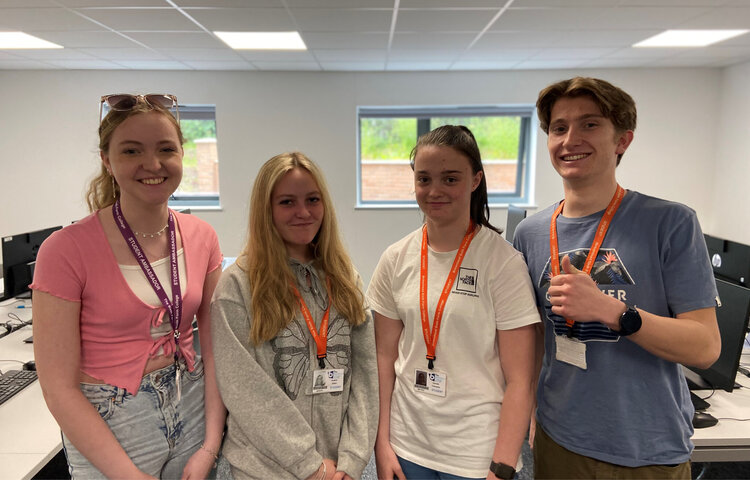